Rita Pauline O’Neill (known as Pauline) was the older of two children born to Alfred Patrick O’Neill & Rita Clare Byrnes. She was born on 13 Feb 1931 in New South Wales. Prior to Pailine’s birth, Pat held the lease of the Wauchope Hotel owned by his father-in-law; The Dungog Chronicle and Gloucester Advertiser reported on Fri 30 Jan 1931:

Mr. Pat. O’Neill, of Wauchope, and son of Mr. and Mrs. H. T. O’Neill, of Taree has disposed of his lease of the Wauchope Hotel to Mr. Byrnes, the owner, the change over having taken place last week. Mr. O’Neill motored to Sydney last Thursday.

Pauline had a near miss when involved in a car accident just months later, while her parents were en route to take up the lease of the Bank Hotel in Dungog; from the paper’s edition on Fri 15 May 1931:

OVER A BANK.
Car Capsizes.

When Mr. and Mrs. Pat. O’Neill and baby were coming from Taree on Monday by car in order to take over the Bank Hotel, they had a narrow escape on the hill about a mile south of the old accommodation house at Ward’s River. Mr. Terry O’Brien was also with them and the car contained a big load of luggage.

Just as Mr. O’Neill was applying the brakes the front wheels locked, either through the application or through the loss of a U-bolt. The car gradually veered off to the edge of the bank and was practically at a stand still when it overbalanced as gently as if pushed over by hand. It is a closed-in model with steel hood and it lay on its back with wheels uppermost.

Another car was at the spot just at the time, and willing helpers soon had Mrs. O’Neill, baby and Mr. Johnson out through the windows. Mr. O’Neill was jammed behind the steering wheel but was released. Not one of the party suffered a scratch and not an article in the luggage was broken, nor even were the windows or windscreen smashed.

Some acid dripped from the battery down Mr. O’Neill’s shoes and sox and ate through these, but his skin was not effected.

One lucky feature of the accident was the fact that the car did not catch fire. As Mr. O’Neill was being pulled out, the patent cigarette lighter attached to the car became turned on. When noticed a few minutes later a flame was issuing from it and nearby the benzine was running down from the inverted tank. It was a very lucky escape.

The car was put on its wheels again and driven on to Stroud where adjustments were made, and it then came on to Dungog. Practically no damage was done, and the occupants were not the slightest bit effected by their experience.

Pauline (R) with Rita and her younger sister Clare

When Pauline was 5 her parents moved to take over the Great Northern Hotel in Chatswood , Sydney. 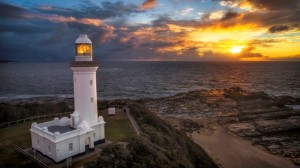 Imagine if you will, each of us roaming this beautiful world, with a small light bulb hovering above our head as if to say “pick me, pick me”; Pauline’s light bulb, huge and bright like a lighthouse beacon. We cross her path, she notices us and her light shines upon us forever!

She charms us with her humour, her child like whimsical laughter and sharp intellect, always placing genuine interest in us. She was a giver in every sense of the word. She accepted us for who we were, she never judged, she made us feel valued and welcomed no matter what time of the day. She was always teaching in her diplomatic and sometimes manipulative manner. How many of us can remember something that she taught?

Weren’t we lucky! The lucky ones to have become a part of her beautiful world; a life that she created because of her absolute faith and trust in God, her family and friends. Pauline would nurture and develop close friendship with us and we all became her extended family. AP’s family extends far and wide around the globe.

Her childhood was not all that we might have thought, however. Imagine attending boarding school from the age of 7 with a 5 year old sister to watch over and mother; 6 boarding schools in 12 years in fact, possibly with only a bed, maybe no bedside table if she was lucky. Going home on the holidays but never having a bedroom to call hers. Instead, she slept in the room that happened to be vacant. Yet Pauline picked herself up, ‘got on with it’ whilst holding her head high. She held no animosity and understood that life does not always turn out the way one would like. Paul worked tirelessly on her personal development all her life. Eventually she became a devoted and loving daughter to her mother, Rita.

As a youngster, I would constantly but accidentally call her Gran, which went down like a lead balloon. As I grew, I began calling her AP, a term of endearment that she loved and it stuck.

AP was more of a ‘human doing’ than a ‘human being’. She didn’t know how to just ‘be’. She was extremely hard working dedicating her life to all people who were her family, patients and friends. She lived 2 days to our one: up at 4 am every day. Pray, check on her calendar for somebody’s special day, write cards and post. She’d update her business books; fill timesheets, paid her accounts and staff each week. She would keep up with the latest magazines, seminars and new physio techniques. This was all before she would begin work at 7am and literally work through to 7pm. As I worked at her Dee Why practice I’d watch her duck in and out of her each cubicle all day long only eating cheese and biscuits when she could.

If I didn’t get a phone call between 6 and 6.30, I call her checking if she was ok. Because AP worked so hard she developed a thyroid condition due to not eating properly. This subsequently disappeared after she stopped working and gave more time to looking after herself.

After leaving Cremorne and professional practice, AP found the best Gym in Chittaway. There were 10 beds. She said Tric it is the best gym ever. All I need to do is lie flat on my back and sleep for 6 min whilst the bed works the muscles. Then I simply get up, move to the next bed and repeat it 10 times, each time exercising different muscles. It’s the best sleeping time I have in a day, she’d say. Yes that gym was pretty cool. I thought it was so cool because in those 6 min she was snoring and sleeping deeply. I wondered how she could do that.

AP had gifted hands that healed. She knew the body’s physiology intimately and was able to quickly determine the origin of pain. After treatment, miraculously her patient would feel much better.

AP never took no for an answer. She would find another way, always. Up until the last 3 weeks, AP was helping people with their ailments. Her mantra was; “While I can, I will”.

I asked her a few weeks before she left us what was her proudest moment. Her reply was treating Dr Jean Houston whilst AP was attending a mentoring conference. Dr Jean wanted to pay AP but she replied, “ No, you do so much more for the world.”

I asked her how studying Feldenkrais helped her physio. She replied that it gave her the freedom to develop and apply newer techniques for helping people. She believed that if the action hurts there is more damage happening and she’d change treatment. It was truly miraculous how she used her hands. This healing went far beyond healing physically for all of us. Each of you would have a story I’m sure.

Eye for style and colour.

We often visited St Vinnies or Salvo where AP would find some article of clothing; take it home and transform it to look like a million dollar piece. She believed that 1st impressions were so important. To always take the time to make yourself look outstanding even if it’s to go to the shops. 4 am rises came in handy for AP. She surrounded herself with professionals who supported her in all aspects of life. She’d always say, “Why would I waste time on these tasks when someone can do it much better.” Her interest lay in getting ready, looking a million dollars, what’s on the menu and setting the table impeccably with the best silver and crockery. AP’s network was so large that she could always mention someone who could be helpful to others.

Worked at networking and connecting

Some of you might wonder how she managed to keep up with every friendship; every connection. This she worked extremely hard at. AP wrote down everything and kept it filed in calendars for birthdays and anniversaries. Diaries from previous years that she perused. She would make copious phone calls every day, send newspaper articles, cards, short letters all in a handwriting that was difficult to read. You see, AP was left handed. She was forced (due to the times) to learn how to write with the more acceptable right hand.

Her grace and positivity humbled us, she was like a duck on water through every up and down of her life.

“How are you Pauline? Her reply was one of three;

“How can you be so zealous?”

“Because I am AP, Aunty Pauline.”

Forever remembered and never forgotten. You were such a loving, caring, supportive and loyal friend. I love you AP. Despite witnessing your final pain through MDS, it breaks my heart knowing that you won’t be here to share in the adventures and experiences we shared together.

Until we meet again.